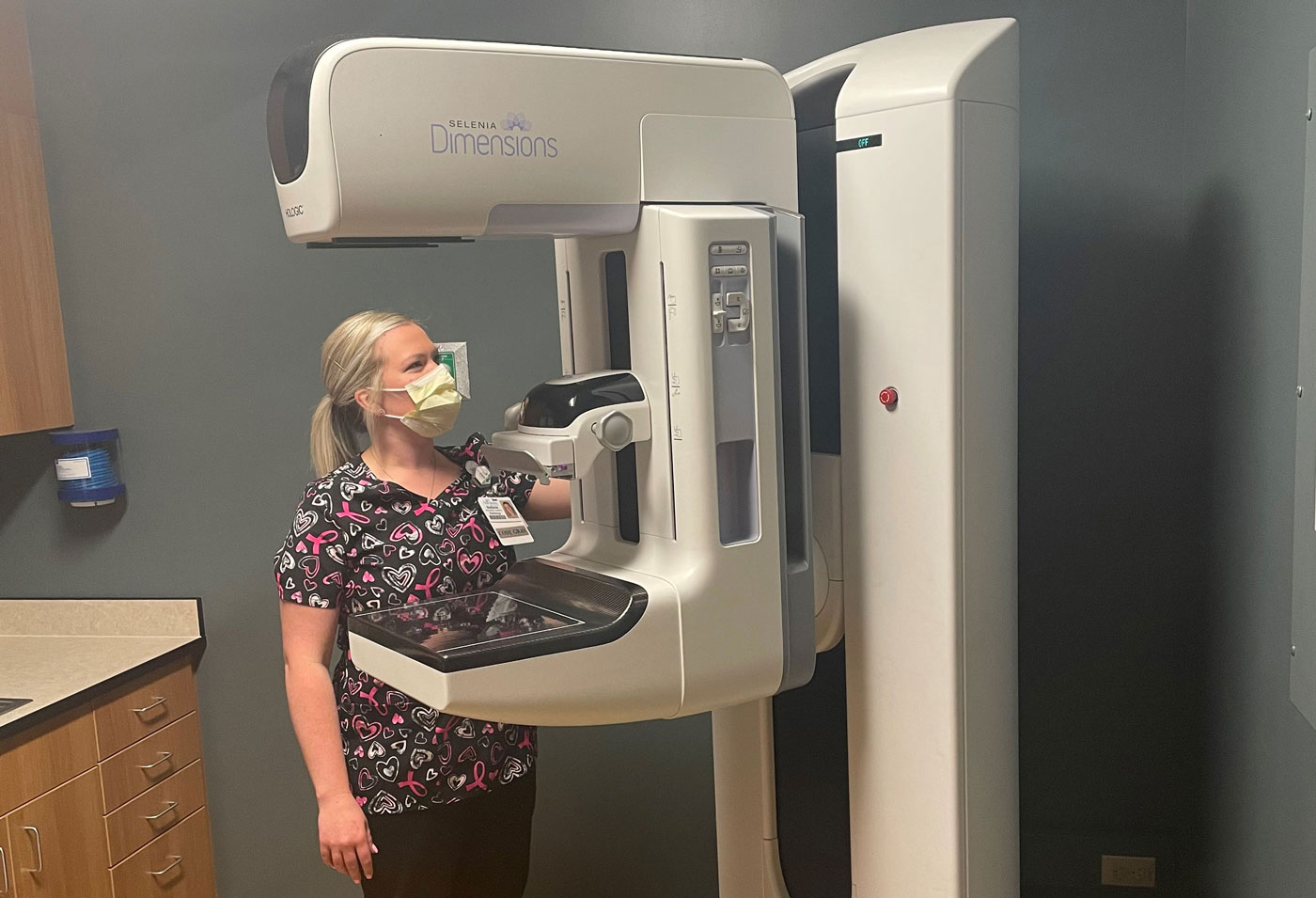 “The statistic that always jumps out at me is that one in eight women will develop breast cancer in her lifetime,” said Brown, who has worked at the Madras hospital since 2018. “In my family, we have at least eight women, and so I look at them and I know the odds are one of them will get breast cancer. As a family member and as a caregiver, I want them to get 3D mammograms.”

Until late April, Madras had a 2D mammography machine, which produces a flat image of the breast. Now, it has a 3D machine – made by the medical technology company Hologic – that creates 50 to 80 1-millimeter “slices” providers can flip through like the pages of a book. This gives providers a much clearer, more comprehensive look at the breast, which means they have a chance to catch cancer earlier, said LeeAnn Ford, mammography supervisor with Central Oregon Radiology Associates.

And with breast cancer, early detection is key: Women who are diagnosed early have a 98% or higher survival rate in the first five years.

“With a 2D image, you have a lot of superimposed breast tissue, so you’re kind of just watching for shadow changes,” Ford said. “With 3D, you’re actually seeing inside the tissue, so you can see little things hiding in there.”

In addition to earlier diagnoses, the 3D machine’s more detailed images mean more certainty for providers and fewer false positives, which translates to more peace of mind for patients. Patients with an inconclusive 2D mammogram may be asked to schedule a follow-up 3D mammogram, Brown said, and the wait between those appointments can be fraught with worry.

“For two weeks, they’re saying, ‘What is going on with me? Do I have cancer?’” she said. “There’s all this anxiety, when really it was just a clump of tissue that might’ve been more easily seen in a 3D image.”

Many women in Madras, Warm Springs and the surrounding areas have been driving to Redmond or beyond for 3D mammograms. The new machine means they can get the care they need closer to home, and it greatly reduces a barrier to breast cancer screening for people with transportation issues.

“3D technology has completely changed the world of mammography for the better, and I am so pleased that we are now able to offer this tremendous resource to our community with the partnership of our friends at Central Oregon Radiology Associates,” said David Golda, vice president and hospital administrator at St. Charles Madras. “I know we have people in the area who have been driving out of town for their mammograms, and I hope they’ll start coming to St. Charles Madras.”

To be clear, the patient’s experience doesn’t change much in the move from a 2D to a 3D mammogram, Ford said, although Madras is getting the “latest and greatest” technology with its machine: Hologic’s SmartCurve™ system, which conforms to the unique shape of a woman’s breast and replaces the flat plastic paddles of yore. “We still have to compress the breast. Compression is necessary to get the best results,” Ford said, “But this new system should provide a little more comfort.”

More comfort. Less travel. Clearer images. Earlier detection. Peace of mind. There are plenty of good reasons for people to get 3D mammograms in Madras. Brown performs them Mondays through Thursdays, and she hopes her schedule fills up soon.

“My aunt is a breast cancer survivor, and her story fuels my passion for this industry,” she said. “So the fact that we’re literally now offering the best care to our patients, I’m just so excited about it.”