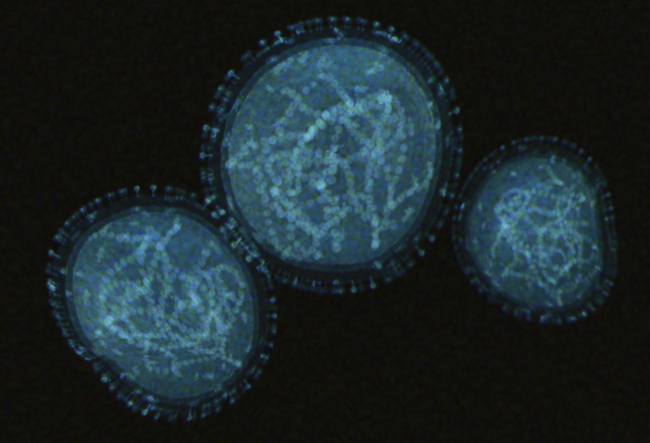 Answers to 5 FAQs about monkeypox

Answers to 5 FAQs about monkeypox

The infection is spreading, but has not reached Central Oregon

Monkeypox is an infection caused by a virus that has historically been most common in some African countries. However, outbreaks have occurred in other areas, and the current outbreak is spreading monkeypox across the world.

Monkeypox has not reached Central Oregon, but St. Charles is seeing an uptick in questions about this disease. Here are answers to five questions we’re hearing most frequently:

1. How concerned should I be about monkeypox?

“As always, a good position on something like this is: Be aware, but don’t panic,” said Dr. Cynthia Maree, head of St. Charles’ Infectious Disease department. “The bad news is monkeypox is spreading. The good news is it doesn’t spread as easily as COVID-19, and right now, the risk of spread in public settings is very low.”

In July, the World Health Organization declared monkeypox a global health emergency, and last week, cases rose 20%. As of Aug. 17, there were more than 35,000 confirmed cases of monkeypox in 92 countries, and 12 deaths related to the disease, with 68 confirmed cases (and 48 presumptive cases) in Oregon.

2. How does monkeypox spread?

Monkeypox spreads primarily through close physical contact – specifically skin-to-skin contact with the rash or sores of an infected person.

It can also spread through:

So far, the spread of monkeypox during the current outbreak has been driven primarily by close physical contact during sex between men. However, it is important to know that it can spread in other ways and among other communities.

3. Who can get monkeypox?

It has been erroneously reported that monkeypox only spreads among men who have sex with other men. This is not accurate. There is nothing about that specific community that puts its members at higher risk for contracting monkeypox. It just happens to be the first community affected by this particular outbreak.

“There is a lot of misinformation out there, so I want to reiterate: Monkeypox is not limited to one community or another,” Maree said. “Anyone can contract it, and anyone can spread it.”

4. How serious is monkeypox?

People with monkeypox get a rash that may be located on or near the genitals or anus, and could be on other areas like the hands, feet, chest, face or mouth. The rash can initially look like pimples or blisters and may be painful or itchy. Other symptoms can include fever, chills, swollen lymph nodes, exhaustion, muscle aches, back ache, headache and respiratory symptoms.

The U.S. Centers for Disease Control has more information, including photos of monkeypox rashes and sores, here.

Most people who contract the disease recover within two to four weeks, but it can be serious, especially for immunocompromised people, children, pregnant people and people living with HIV that is not virally suppressed. Twelve people have died during the current outbreak.

If you develop a new rash, bumps or sores, ask your health care provider about testing for monkeypox, especially if:

5. Is there a vaccine for monkeypox?

JYNNEOS is an FDA-approved vaccine against monkeypox for those 18 years and older. Because supply is limited, vaccines are currently being offered to those with a known exposure and those who are most likely to be exposed.