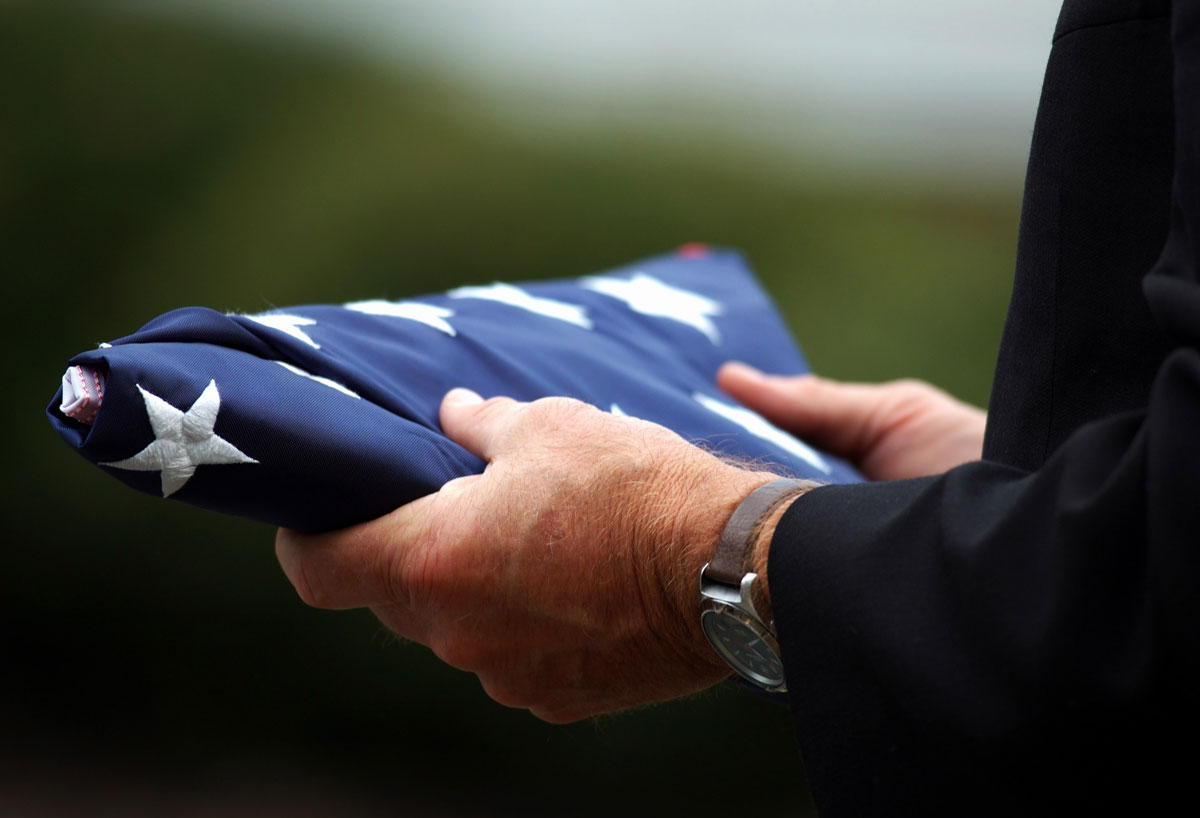 Caring for veterans at the end of life

As veterans’ transition to the end of life, they can be jarred by some of their most traumatic experiences of war.

St. Charles Home Health and Hospice Care Bereavement Coordinator Sue Coyle has watched them struggle. She recalled one patient who was highly distressed and agitated.

The patient’s nurse knew about his military service history, that he had post-traumatic stress disorder, that he was averse to any physical touch. She skillfully coached his other caregivers to approach him quietly, and use soft, gentle language.

“That comes from experience with working with veterans and being educated,” Coyle said.

And it is why St. Charles Home Health and Hospice Care is a partner of We Honor Veterans, a nationwide program aimed at caring for and honoring those who have served when they reach the end of life.

A program of the National Hospice and Palliative Care Organization in collaboration with the Department of Veterans Affairs, We Honor Veterans recognizes the unique needs of America’s veterans and their families. The program provides educational tools and resources to organizational partners such as St. Charles, increasing their capacity to serve veterans.

“We recognize there are so many veterans who die in our community and aren’t connected with the VA at time of death,” Coyle said. “So, how do we as a community make sure we care for them in our health system?”

There are five levels of partnership in We Honor Veterans, and for many years St. Charles Home Health and Hospice Care was a Level 1, Coyle said. Recently it achieved a Level 2 designation, which means “the organization is beginning to develop a program directed towards veterans that involves intentionally educating our staff and intentionally educating our volunteers.”

That includes using the We Honor Veterans Military History Checklist at admission to St. Charles Home Health and Hospice Care. The checklist prompts a conversation about veterans’ backgrounds, including the branch of military and war era they served in and whether their service included combat and dangerous or traumatic assignments. It also helps identify whether they’d prefer their caregivers have a military background and the VA benefits they may be eligible to receive.

For those veterans who desire it, their service can also be honored with a ceremony in the comfort of their home, Coyle said. Usually presented by a social worker and chaplain, the “beautiful, simple but lovely service” includes a certificate thanking the veteran for his or her service and an American flag pin.

“To the extent the veteran wants recognition, we make sure we fulfill that,” she said. “We’re giving them the respect they’ve earned. Some people don’t want a lot of show, but we make sure they know that we know so we can be most respectful to them. And that respect translates into more compassion for them.”

Wes Moldogo, a St. Charles’ hospice chaplain and inpatient liaison, said a significant number of the patients he sees are veterans from the Korean, Vietnam and Cold War eras.

Many did not access VA counseling services like some of the younger veterans do and share “unique spiritual themes” related to their time in the service.

Moldogo, who also actively serves as a captain in the U.S. Army and is a chaplain for the 2-162 infantry regiment based in Springfield, Ore., said not only do some of the veterans still suffer from PTSD, but also they feel their service was undervalued once they returned to the United States.

Through its partnership with the We Honor Veterans program, St. Charles Home Health and Hospice Care’s goal is to make veterans feel appreciated, he said.

“It really is valuing [their] service and coming to a sense of closure with that, and our hope is that it’s positive. Sometimes they don’t get that, but the fact they get something meaningful in their lives—that’s what we’re going for here,” Moldogo said.

Laurie Jackson, St. Charles Home Health and Hospice Care administrator, said as St. Charles’ partnership with We Honors Veterans matures, the more broadly the program will be implemented throughout hospitals and clinics and the more tightly linked the health system will be with other community organizations that serve veterans.

The hope is that expanding the program will further benefit veterans, she said, as studies have shown that on average veterans spend one more day in the hospital than non-veterans due to complicated diagnoses and insurance coverage.

“The more we can work as a system to respect and engage with our veterans and recognize we have a veteran who is a patient, the quicker we can address those issues and move the bar so the veteran is spending fewer days in the hospital than the non-veteran,” she said.

Ultimately, Jackson said, it is St. Charles’ goal to achieve a Level 5 We Honor Veterans designation by 2026, an acknowledgement that the organization has integrated best practices for providing end-of-life care to veterans.