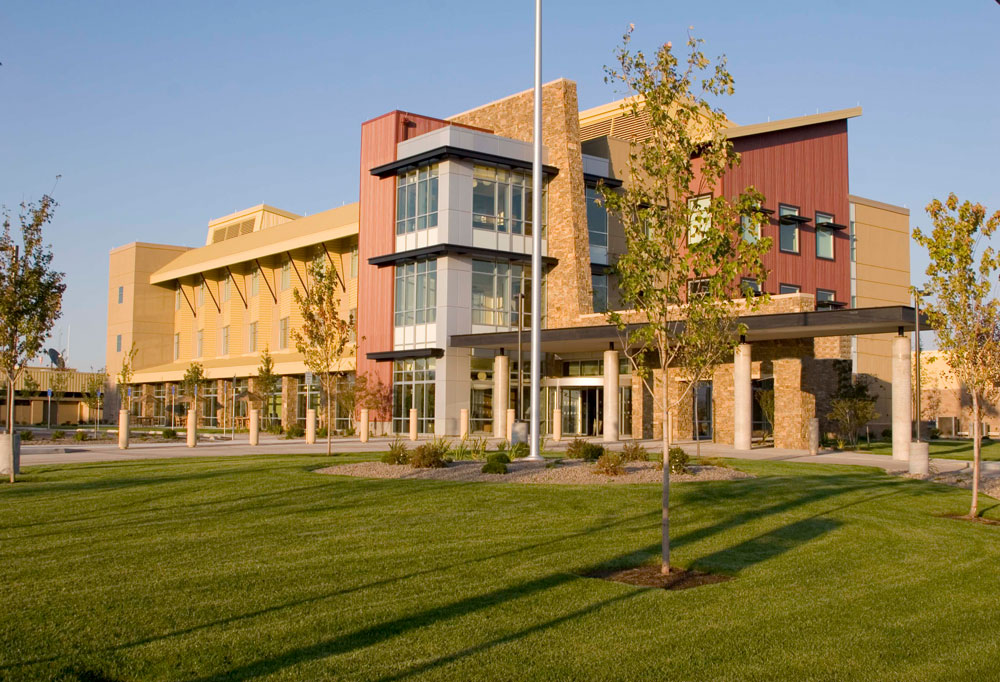 On the eve of the COVID-19 pandemic, St. Charles Health System posed a question to the Redmond community: What should the future of your community hospital look like?

At a January visioning session, caregivers and community members began a dialogue about how to realize the greatest potential of St. Charles Redmond, a hospital that is chronically underused despite sitting smack dab in the middle of one of the fastest growing regions in the country. On average, the hospital is only 48% occupied. Three of the five operating rooms there are only utilized about half of the time, and the remaining two aren’t used as operating rooms at all.

But the challenge for St. Charles isn’t just how to use the hospital more—it’s also, how can it be used better? How does the health system give a hospital that has a warm, relaxed care setting with committed caregivers and an excellent record for quality of care a more defined role that better meets the community’s needs?

“This is a challenge we’ve been wrestling with for a while,” said Aaron Adams, president of the Redmond hospital. “But this is also an opportunity. If we get creative and work collaboratively with our community, we can make some exciting changes that will improve access to services, improve the quality of care and benefit the local economy.”

To start, the visioning session participants were given four options: 1) Don’t change a thing; 2) Create a new service line, like cancer; 3) Transition St. Charles Redmond to a surgical hospital with an associated medical office building or 4) Convert the campus into a post-acute care facility (for example, one with an inpatient rehabilitation focus.)

When it came time to rank them, 85% of the respondents indicated options two and four were their top choices while still retaining the hospital’s general acute care status.

One possibility, Adams said, is growing general surgery at the hospital, where five general surgeons already practice. St. Charles Redmond—which also recently added robotic surgery to its campus—could serve up to 200 additional patients from cities like Madras and Prineville who are currently referred to Bend.

The health system is also contemplating a new orthopedic trauma service, which would mean moving some surgeries currently done at Redmond to Bend. This would allow a dedicated, on-call orthopedic surgeon access to an operating room that is reserved exclusively for these kinds of cases, making it so patients can get surgery faster.

Yet another option is to move St. Charles’ inpatient rehabilitation program to Redmond, where this vital service could double its capacity to 24 beds and expand into an outdoor space, allowing patients to go on walks and get fresh air during their sessions.

Research tells us that people who are admitted to inpatient rehab after experiencing a stroke, spinal cord injuries, brain injuries, burns and other conditions have better clinical outcomes and a higher quality of life. They have shorter hospital stays, lower mortality rates, fewer Emergency Department visits and are less likely to be readmitted.

But the number of patients needing this service already exceeds St. Charles’ capacity to provide it, and demand is only projected to grow.

What’s more, relocating inpatient rehabilitation to St. Charles Redmond would increase the utilization of the hospital to 75% (from 48%), adding 18 to 24 patients per day to the hospital census. For Redmond, this translates into $26.5 million in net revenue.

Before any expansion of inpatient rehabilitation services can take place in Redmond, however, Adams and other hospital leaders realized they’d have to first make room for them. A schematic design is already underway with the intent of remodeling and bringing back into service 17 patient rooms.

Yet another project on the horizon is a new medical office building, which would house a comprehensive cancer program.

“This would represent a critical addition of services to Redmond and Central Oregon, making it easier for patients in our northern communities to access cancer treatments,” Adams said.

Bringing a comprehensive cancer program to Redmond would result in an estimated 1,300 office visits and 6,300 treatments annually, Adams said, resulting in another $10.1 million in net revenue for Redmond.

“To be clear, all of these options are just concepts right now. There’s much we still need to learn before decisions are made,” he said. “But one of the overarching messages that we hope everyone will hear is that we are committed to continuing to provide the very personalized, quality care that our community has come to expect from us.”