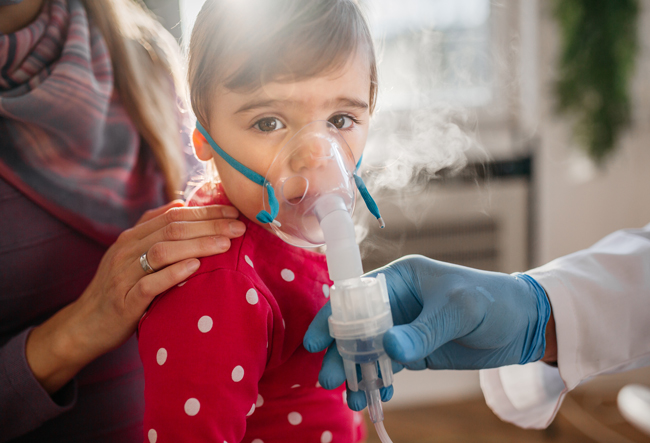 Respiratory illnesses on the rise in Central Oregon children

St. Charles is seeing a concerning increase in respiratory illness in children and is encouraging families with infants to protect them as much as possible by limiting their exposure to others and practicing good hand hygiene.

“It has been a rough respiratory season so far, with rhinovirus and enterovirus starting to circulate in August and causing illness in a lot of kids,” said Dr. Suzanne Mendez, a pediatric hospitalist at St. Charles Bend.

Now, she said, RSV (respiratory syncytial virus)—which can be serious especially for infants—is hitting about two to three months sooner than usual.

Dr. Mike Johnson, St. Charles’ senior data scientist, said the health system has seen a pronounced difference in the number of pediatric patients who have visited a St. Charles Emergency Department with flu-like symptoms in September and October. In those two months, St. Charles saw 443 children versus 368 during the same period in 2021. He noted that COVID-19 does not appear to be among those viruses causing an increase in visits, as case numbers have remained relatively low for both children and adults in recent weeks.

The rise in pediatric respiratory cases in Central Oregon and around the country has created a shortage of hospital beds for children.

On Monday night, St. Charles Bend’s pediatric unit was full, and the health system is now working on a surge plan in anticipation of the West Coast following the trends currently being seen on the East Coast, where many children’s hospitals are full.

“We’ve also had to transfer more children to pediatric intensive care units in Portland than is usual for this time of year, and now we have early winter conditions that can make those transfers challenging,” Mendez said. “So, taking preventive measures to keep young children healthy is especially important right now.”